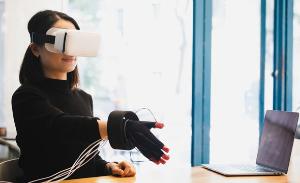 TECHNOLOGY
How will the metaverse change the way we recruit for jobs in the future?